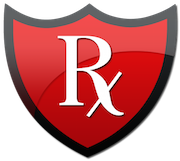 With the imminent approval of the cystic fibrosis combination drug Orkambi, you would expect a great celebration regarding progress to cure CF. However, I find myself asking if this is an incremental improvement toward something greater; or a case of 1 step forward and 3 steps backward.

Here’s why I believe it’s the latter. But before I start, let me state that I think the development of Ivacaftor (Kalydeco) has shown us that a therapy to correct the CF defect (although limited to class 3 mutations), is possible, and now we are tapping on the door to fundamental changes in treating CF at its root cause.

The reasons why I believe Orkambi will set back CF development several years are as follows:

1. Vertex was funded largely by the CFF to find a “CFTR modulating” therapy using high throughput screening. We still don’t fully understand the mechanism of why their therapy works, but we all know that it was helped class 3 CF patients quite a bit. The problem is that class 3 patients represent about 3-5% of the patient population, so Vertex hasn’t served the CF community as much as we had hoped.

2. Second, the >$300,000 Vertex price tag is unacceptable. The CFF, which is funded by patients, families, and other benefactors, in its relationship with Vertex, failed to make any reasonable price guarantee to its constituents. And patients are getting not just the short end; rather no end of the stick.

Insurance companies do pay for Ivacaftor for some patients, but it’s doubtful insurers will tolerate a $300,000/yr per patient price tag indefinitely. Vertex is still losing money, and has lost out on the market for hepatitis C therapies to other companies setting more reasonable prices. Vertex felt it was necessary to pay their CEO $45 million while unprofitable (an issue that stockholders disagreed with, but there was not a binding action or consequence to correct this). So Vertex’s continued existence depends heavily upon the success of Orkambi, a combination drug of Ivacaftor and Lumacaftor, that will target most CF patients, and thus increase their revenue stream. Early estimates are this drug will be priced around the $250,000/yr range.

Improvements seen in clinical trials for Orkambi were marginal at best. And hereby lies another problem. Orkambi will be seen as a drug that is “good enough” to produce the revenues and make a few insiders wealthy. The efficacy bar is set far too low and prices to high. Sharktank members have demonstrated the same beneficial health effects as Vertex drugs from natural therapies (we are talking about achieving normal sweat chlorides for class 3), and all this at less than 1% of the cost of Vertex therapies. Insurance companies will grudgingly pick up the tab for Vertex drugs for a few years, and gradually make it more difficult for CF patients to obtain these drugs, citing insufficient evidence of clinical benefit. This is clearly not a sustainable model, however in the short term most patients will try Orkambi from desperation or marketing hype. By the time insurance companies are worn out and the marginal outcomes improvements are not maintained, we will have wasted up to 5 years. Any “good will” from insurance companies will be burned. Some patients may never obtain coverage for costly designer drugs.

Orkambi should be shelved because it will have the effect of stealing mindshare and excitement from other new therapies with more potential to treat CF. And a $250,000/yr price tag is brazen, selfish, and utterly immoral. Vertex and the Wall Street Journal do not face the consequences of marginal cystic fibrosis solutions. The patients face the consequences.