CF Patients find therapies at a fraction of the cost 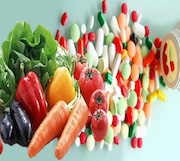 Some CF patients have achieved treatment results that are nothing short of spectacular using natural compounds. For example, Samantha, a parent of a child with CF, has created a website called Dutch Magic Factory: http://dutchmagicfactory.blogspot.com . Dutch Magic Factory details Samantha’s journey toward lowering her young son’s sweat chloride measurements, using only natural compounds purchased from the internet, from 118mmol/L to below the magic 60mmol/L (the cutoff for CF/not CF). Other patients report good results treating CF symptoms with a natural herb known as Hawthorne (Crataegus).   These are only a few examples of the beneficial effects of natural therapies for CF patients.

The use of natural compounds and cystic fibrosis share a rich and intertwined history. Development of CF therapies to address the underlying disease cause at the cellular level has proved challenging. Real promise in this regard was provided by the demonstration that the defective CFTR gene product may be corrected (restored to the cell surface) or potentiated (increased in activity) by natural compounds. Activation of the cystic fibrosis gene, CFTR, by the soybean-derived compound genistein was first reported by researchers in laboratory experiments in 1995.1,2  In 2004, another natural and food-derived compound generated much excitement when it was reported in the prestigious journal Science that a component of a yellow food spice, curcumin, could correct cystic fibrosis defects. 3

Curcumin briefly enjoyed the limelight as an exciting potential CF therapy. Archives of past CF Foundation meetings (https://www.nacfconference.org/plen.archive.html) indicate that in 2008, curcumin was listed as a pipeline CF drug. 4 Curcumin, a well-studied food spice with multiple known health benefits, was given a small clinical trial as a CF drug. Lasting only 2 weeks and enrolling 14 subjects, 9 of which completed the study, the curcumin trial did not pair oral administration of curcumin with any of the additives known to increase its systemic bioavailability. For example, a black pepper extract (piperine) had previously been demonstrated to increase curcumin bioavailability by 20 fold.5 Oral curcumin is well known to be poorly absorbed from the gut without specific measures to improve its absorption. Piperine was not used in the curcumin clinical trials. Not surprisingly, undetectable levels of curcumin were found in the serum of all but one CF patient in the clinical trial, and levels were therefore insufficient to significantly impact the study endpoint, nasal potential difference (PD).6 For a compound to be effective, it must reach its target tissue at an adequate concentration. The single CF patient who achieved measurable blood levels of curcumin (83 ng/ml, lower level of detection=2.0 ng/ml) had forced vital capacity increased by 3.3%, enough of a difference to reach statistical significance (p=0.05). 6

For some time, interest in curcumin as a CF therapy waned. Then, in a landmark 2011 publication, Yu and coauthors reported that genistein and curcumin, when used together, synergistically increase the function of G551D mutant CFTR to 50% of the wildtype level – that is, to the level of a heterozygous CF parent who has no CF symptoms. 7 The idea that combinations of compounds can work better together than any single compound is an important one, however this fact may have held back widespread use of natural compounds for treatment of CF. When used alone, CF treatments that are powerful in combination may be overlooked or even dismissed, like curcumin, as ineffective.

There are many natural and food-derived compounds reported to dramatically increase function of defective CFTR. Apigenin and Genistein are examples of natural compounds used by researchers as CFTR potentiators in drug screening experiments, 8, 9 with resveratrol10, 11 and curcumin12-14 also acting as robust CFTR correctors and/or potentiators in other studies. While one group found that Apigenin is inhibitory at higher concentrations15, it is unlikely that the inhibitory dose that was delivered directly to cells in this study could be reached through oral administration.

As another example of the positive effects of natural therapies, the late Francis Xavier Via reduced his own sweat chlorides by over 40 points using genistein and curcumin; however, as a young male he was reluctant to take genistein because of its potential feminizing side effects. Fortunately for proponents of natural therapies, there are other natural non-phytoestrogen potentiators to choose from that are abundant in foods and herbs. These therapeutic foods and herbs that positively affect CFTR function share in common high levels of natural plant molecules called polyphenols. Dietary polyphenols are abundant in brightly colored deep-pigmented fruits and vegetables and are thought to impart many of the health benefits of these foods. Pharmaceutical CF corrector and potentiator drugs are synthetic polyphenolic molecules that likely act in similar ways to their natural/dietary counterparts. However, as artificial molecules that did not evolve with us in our diet, pharmaceutical drugs may demonstrate more undesirable side-effects.

Grass roots efforts by groups of patients and individual patient-scientists to study natural CFTR correctors and potentiators have been highly successful and in some instances more so than highly funded research by trained scientists. However, correction and potentiation of CFTR mutations presents some unique barriers to access by all CF patients. First, the diversity of CFTR mutations that must be treated is daunting. Some of the rarer mutations will likely never be adequately studied by the pharmaceutical industry because there is insufficient potential financial return. The individual genetic background of the patient is also a factor that determines drug efficacy. In primary airway epithelial cell lines obtained from different donors homozygous for dF508, a wide range of activity of Vertex drugs was observed. 17 This tells us two things. First, the remarkable variation reported by patients in perceived benefits and side-effects of Orkambi may have a sound biological basis. Second, treatment of CFTR by correction and potentiation, even among groups of patients sharing the same mutation is probably not one size fits all.

The need to screen for combination effects of multiple compounds introduces even more complexity.  If several compounds are required to maximally restore function of any particular CFTR mutation, screening for the right combination and then adjusting the relative ratios needed among several dietary compounds would be a daunting exercise through dietary experimentation alone; even for the most organized and sophisticated patient scientists. What is needed is more efficient laboratory screening. The National Institute of Health (NIH) realizes this and has our backs. The NIH published announcements inviting researchers to apply for funding in the area of development of novel cellular models for predicting individual responses to CFTR-directed therapies: http://grants.nih.gov/grants/guide/rfa-files/RFA-HL-15-027.html. This will ensure that more groups are working on this important problem.

In addition, Sharktank Research Foundation has opened the first CF community-sponsored research laboratory in Research Triangle Park, North Carolina with the mission of testing natural compounds and drugs on CF vs non-CF cell lines. Sharktank has developed effective screening methods to quantitatively test combinations of compounds for activation of CFTR function. As Sharktank Research Foundation is a small organization with limited funds, the choice of research direction was a difficult one and ultimately required a majority board decision based on meeting the most pressing unmet needs of CF patients. Today there is still no effective disease modifying treatment for most patients with cystic fibrosis, as Kalydeco is approved for only ~ 4-5% of the CF population. CF patients in countries that do not cover the more expensive prescription drugs are completely left behind. No CF patient should be left behind.

Pharmaceutical drugs have a long development timeline. Many feel that it is unreasonable to ask CF patients to wait years for the release of the next pharmaceutical drug, particularly when a natural formulation may work as well or better than a pharmaceutical drug and can be in patients hands in as little as 6 weeks. Recently it was posted on one of the CF facebook groups that a CF patient had a colonic biopsy response of 10% recovery of CFTR function with Kalydeco, and adding genistein brought recovery to 70% restoration of CFTR function. The link to the post describing this result is here:

”…My mutation is Delta F508 + 3272-26A-G. Think I started with taking placebo’s since I don’t experience any differences now. However, in the lab they tested Kalydeco with genistein (fyto estrogen) on my intestinal biopt and it increased CFTR function from 10 tot 70%. Enough to have normal clear mucus”.

It may be that natural compounds dramatically increase the benefits of existing pharmaceutical drugs for many CFTR mutations. We owe it to patients with CF to find out. While we recognize a few individuals have made remarkable and even heroic progress with natural therapies within families and among small groups, we also understand that providing widespread and coordinated access to well-tested natural therapies for all CF patients will require organized effort from patients beyond the traditional fundraising efforts that CF patients do so well.  This time real progress will require active patient participation in dietary supplement research. None of us are as smart as all of us, and there is a rich pool of knowledge and expertise in the CF community. By working together, effective combinations of natural compounds targeted to specific mutations can be developed, with formulations standardized and manufactured in an FDA-licensed facility under watchful eyes of the CF community. In addition to achieving reliable dosing through standardization, group buying power can make supplements less expensive than buying all the component ingredients retail.

We are also working on a simple home test for CFTR function that we believe will move patient-directed CF research forward at a much faster pace. We ask the CF community to galvanize and support this and all patient research efforts in a positive way. With better, faster screening to develop new CF therapies and tests to measure individualized responses to these new therapies arriving on the scene, ideas that actually work will quickly be apparent to everyone. In the end we all want the same thing; access to safe and effective drugs for all patients with cystic fibrosis. Worldwide, the CF community is as one. Active cross-membership in many CF community groups should be encouraged.